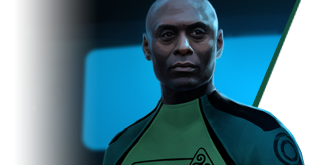 In the aftermath of an apocalypse, two extreme worlds—one at the bottom of the ocean, the other in the vacuum of space—are all that remain. Now, the dark forces behind the disaster will turn trusted allies into mortal enemies. 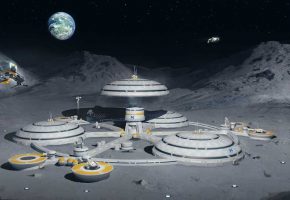 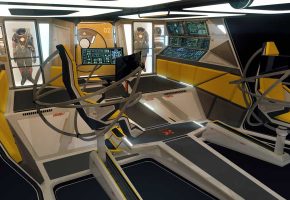 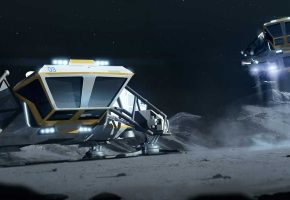 From 20,000 Leagues Under the Sea (1954) to seaQuest DSV (1993), there have been a limited number of science-fiction stories in film and television that have depicted underwater environments. Fewer people have been to the deepest depths of the sea than walked on the surface of the Moon. With less than eight percent of the ocean floor explored, the potential of the alien world on our own planet is limited only by human imagination.

Fewer people have been to the deepest depths of the sea than have walked on the surface of the Moon. What would it be like to live down there? How would we survive? Oceanus: Revelation is a futuristic, aquatic and space adventure set in the mid-21st Century. The dramatic, ten-hour miniseries features an expansive human odyssey that focuses on a unique cast of diverse characters while providing a thrilling backdrop of action and amazing technologies.

What if a trillionaire entrepreneur with delusions of godhood decided to change the course of history? Driving an asteroid similar to the one that wiped out the dinosaurs into the Earth, he forces a new path of evolution upon an unsuspecting world. Oceanus follows a team of diverse scientists and engineers who are shielded from the doomsday event in a spectacular, futuristic city beneath the sea. Together, the crew fights the elements, dwindling supplies, attacks from marauding survivors from around the world in submarines and other undersea facilities and the incessant plotting manipulations of the power-mad individual who initiated the armageddon in the first place.

Oceanus: Revelation has been developed for premium cable or digital outlets. The program is essentially a bottle show—much like Star Trek: The Next Generation or Battlestar Galactica—where stories are typically filmed within the same number of limited, high-quality sets and locations. Occasionally, the action will translate to other locations such as enemy submarines and research outposts and eventually to a base on the surface of the moon—which will feature prominently in the show’s plot as the story progresses.

In addition, Oceanus will also take viewers from the underwater world to a base on the surface of the moon. Oceanus also features amazing vehicles and undersea locations. These will be realized via computer-generated visual effects and perhaps even a limited number of photographic miniatures. The goal will be to make the program as economically as possible, while retaining high production values.

From an artistic standpoint, Oceanus will be shot with high-quality cinematography similar to the USA Network series Mr. Robot or the UK series Broadchurch. The goal will be to bring out great humanistic performances while using the combination of solid, futuristic art direction and visual effects in an artistic and memorable style.

Oceanus is intended for intelligent, adult audiences while still featuring a broad and general appeal. While it will showcase adult themes, it will never contain graphic violence, gore, or strong sexual content. The focus will be on engaging, old-school, action- adventure centered around powerful character drama as opposed to hyper-sensationalism.

Episodes (NOTE THIS IS HIDDEN IN THE CSS. UNHIDE .CAST TO REVEAL)

The world of Oceanus will showcase the possible as opposed to fantasy. The program will explore the aspects and potential of the undersea world in ways never before seen in science fiction—from futuristic submarines with virtually-indestructible, transparent aluminum windows (a real material created in 2015!), to wave power generators and floating fish farms. Don’t expect tired cliches like giant squid attacks or ghost ships. Dealing with the constant perils of cold, high-pressure water and undersea volcanoes— reactivated by the asteroid strike—will be deadly enough to give our characters trouble.

In the story, the location of Oceanus Base was chosen for a simple reason; volcanism. The Hawaiian-Emperor Seamount Chain is an undersea mountain range containing over 80 underwater volcanoes. This means that even from a plateau on top of a seamount, relatively close to the sea surface, there is convenient access to geothermal energy. Oceanus is powered by this energy.

Oceanus will delve into the possibilities of using water itself as a tool, weapon, or building material. Oceanus will also deal heavily in robotics and artificial intelligence—topics that dominate today’s tech headlines. The interior and exterior of the underwater city will be teeming with cybernetic constructs, some remotely controlled, while others will be autonomous and even sentient. These elements will be key to the story and will influence it in unexpected ways.

Another fascinating aspect of Oceanus that will be introduced in the feature film are hypothetical bacteria found within the Emperor Trench. Nearly four billion years old and thriving in the superheated water flowing from volcanic vents called ‘black smokers’.

In what many consider to be the heyday of the genre, the 1960s and early 1970s, science fiction was visionary, cautionary and often optimistic. Series like Gerry Anderson’s UFO and Space: 1999 depicted futures where a clean, forward view of technology and human achievement were set against a backdrop of narrative twists and turns and challenging villains. Oceanus will take a similar positive approach. The goal of our heroes is to fight the degeneration of morale and technology and always remain in the light. Aesthetic over grunge. Life over death.

After the success of The Martian, reality-based sci-fi is on the rise. Additionally, the past decade or so has given us some of the best sci-fi television programs of all time—among them, Firefly and the Battlestar Galactica remake. Via strong, tight narratives and out-of-the-box storytelling, these character-driven shows broke the mold of the sci-fi formula and gained a loyal fanbase. Oceanus is being cut from the same disruptive cloth.

With all-new Star Wars adventures on the silver screen and Star Trek: Discovery set to launch on CBS All-Access in 2017, the realm of the ‘space opera’ is again reaching critical mass. With outer space fully covered, what about inner space? With its down-to-earth, underwater focus, Oceanus is designed to appeal to men and women (females are a growing audience for sci-fi), ages 25 to 64, who typically enjoy space-themed programing. Oceanus will never fall into camp or “monster-of-the-week” territory. While the story has many moments of humor and levity, it will take itself seriously in the quest for a standard of realism and believability.

The Television Series Now in pre-production

The Television Series Now in pre-production

On the first manned journey to Venus, things are not what they seem to be.