As a musician, I’ve always been enamored of complex orchestral compositions.

Thus, I’m a huge fan of film and television soundtracks. For this post, I want to focus on five movie soundtracks that have made the most lasting impression on me. I revisit each of these often and am quite surprised at the depth and detail I continue to uncover as the years pass.

I consider this legendary 1979 soundtrack by Jerry Goldsmith to be the quintessential space film music—even more so than 2001. To this day, I don’t believe it’s ever been topped by any other. It encapsulates a sense of mystery, adventure, and exploration that few science-fiction soundtracks ever have. I literally imagine I’m going on a space mission every time I hear it.

Top Tracks: From the rousing “Main Title”—which was later used in Star Trek: The Next Generation and Star Trek V—to the epic “Klingon Battle”, this soundtrack redefined the Star Trek universe with beauty, form, substance, and emotion. Other fantastic tracks include, “The Enterprise” and “Leaving Drydock.”

Whether you are a fan of the film or not, I highly recommend giving it a listen. And for fans out there, be sure to purchase the recent three-disc set from Lalaland Records. It is the best compilation and includes outtakes and rare early versions.

I wasn’t a huge fan of the film Interstellar when it was released in 2014 due to what I felt was a convoluted plot and unbelievable elements. What kind of scientists (aside from the ones in Prometheus) would land on a planet without surveying it from orbit to see if there were giant waves? Regardless, along with some of the visuals, the soundtrack struck a huge chord with me and has grown into one of my all-time favorites.

I’ve loved Hans Zimmer’s work since the 90’s. Soundtracks like Crimson Tide, and The Thin Red Line are jewels of my collection. Yet, I consider his work on Interstellar to be damn near transcendent. I read that Christopher Nolan pushed Zimmer to break the bounds of his previous compositions. While clearly influenced by 2001 with its occasional massive pipe organ, this score stands on its own as an artistic expression well beyond the film itself. 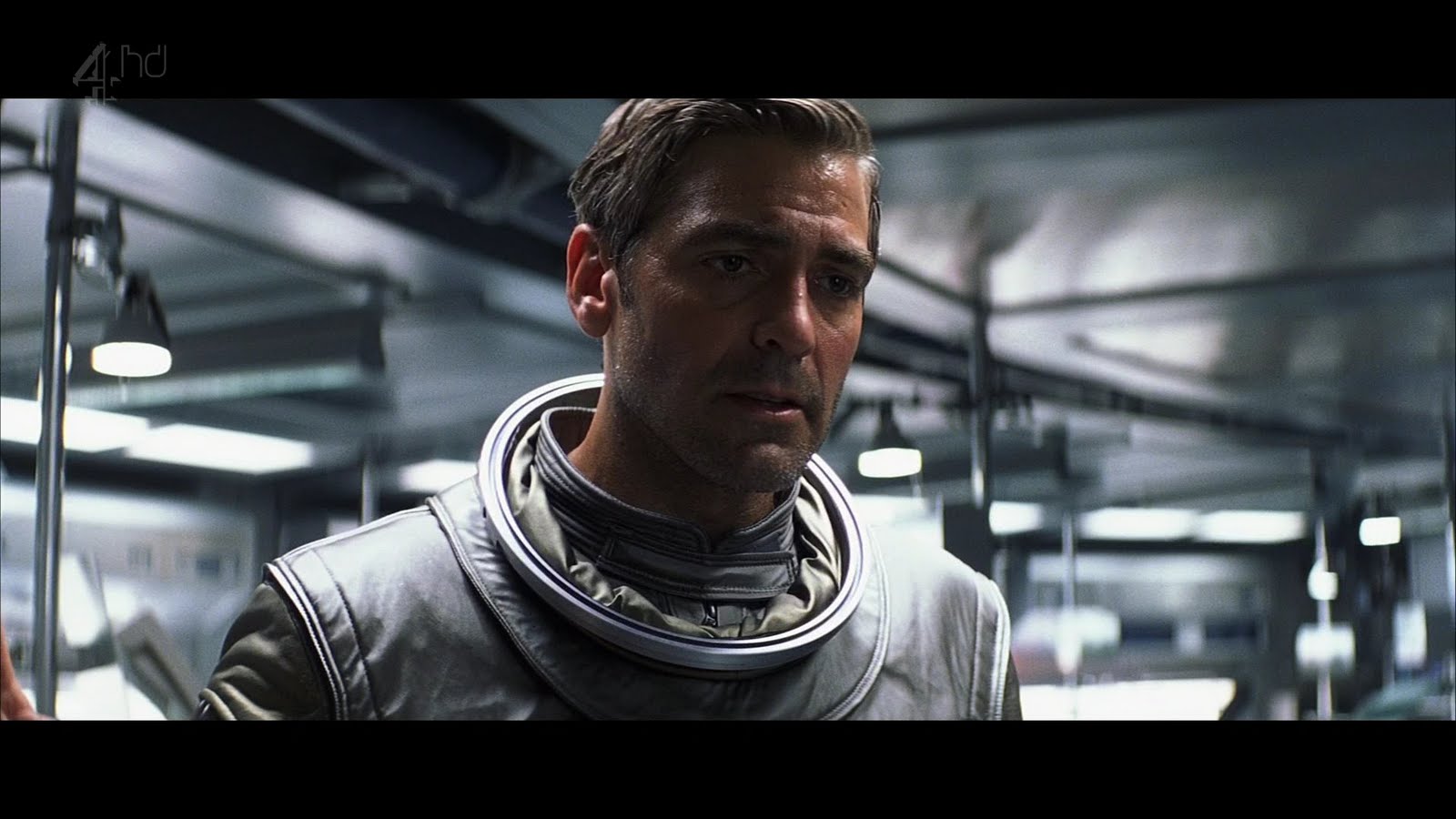 Of all of the soundtracks referenced in this post, Solaris is the one that emotionally affects me the most the most. Composer Cliff Martinez has a tremendously diverse collection of work from projects like Drive and Contagion to the recent Jackie Chan flick, The Foreigner.

Is That What Everybody Wants · Solaris (Original Motion Picture Soundtrack)

While the 2002 film is fairly maligned, I’m among the small minority of people who really got it and loved it. The ethereal soundtrack features a rhythmic pastiche that drives the dark and mysterious narrative with massive emotional resonance. In checking this out on iTunes, I just saw that it’s Martinez’s most popular soundtrack. It easily deserves this distinction!

Top Tracks: Listen to “Don’t Blow it”. Just listen to it. It doesn’t get any better.

I may be dating myself here, but I still think the best superhero film of all time is the original Superman starting Christopher Reeve from 1978. Aside from his memorable performance and the amazing visual effects, the most powerful aspect was the soundtrack by John Williams.

Seldom do I have a screenplay writing session where I don’t listen to Superman. It’s basically three movies in one: Krypton; Smallville; and Metropolis. Much like the visual approach, musically, each section has it’s own set of themes and energies.

Top Tracks: Krypton is epic and alien, much like the futuristic production design. Listen to “The Planet Krypton” to get a full sense of what I’m talking about.
Top Tracks: For the Smallville segment, check out “Leaving Home”. It’s a stirring and emotional track the showcases the pain Clark Kent and his adoptive mother are going through having recently lost his father.
Top Tracks: Lastly, I would try out “Casing Rockets” to get a sense of the energy and dynamic of the final section of the movie. The heroism and adventure are truly exemplified in this track.

When the musician and composer Vangelis is on his game, no one can top him. His music graced the opening of Carl Sagan’s Cosmos TV series and the Oscar-winning soundtrack for Chariots of Fire. I am a huge fan of his eclectic electronic-laden scores including 1492: Conquest of Paradise (perhaps my favorite non-sci-fi soundtrack). I remember being tremendously excited when I heard Vangelis was going to be scoring a new Harrison Ford science fiction film. When I finally got to see Blade Runner, perhaps the most memorable aspect aside from the visuals was the soundtrack.

Top Tracks: While the opening sequence sets up the world via the music and visuals, I think perhaps “Memories of Green” best defines the film. Regardless, the entire thing is worth a thorough listen.

This soundtrack by Daft Punk speaks for itself. An immediate classic, it features amazing electronic compositions mixed with brilliant orchestrations by Joseph Trapanese. While missing the memorable original theme, this film does a great job establishing its own audio tapestry while creating a modern epic.

Top Tracks: Check out the track “Recognizer” and prepare to be blown away! 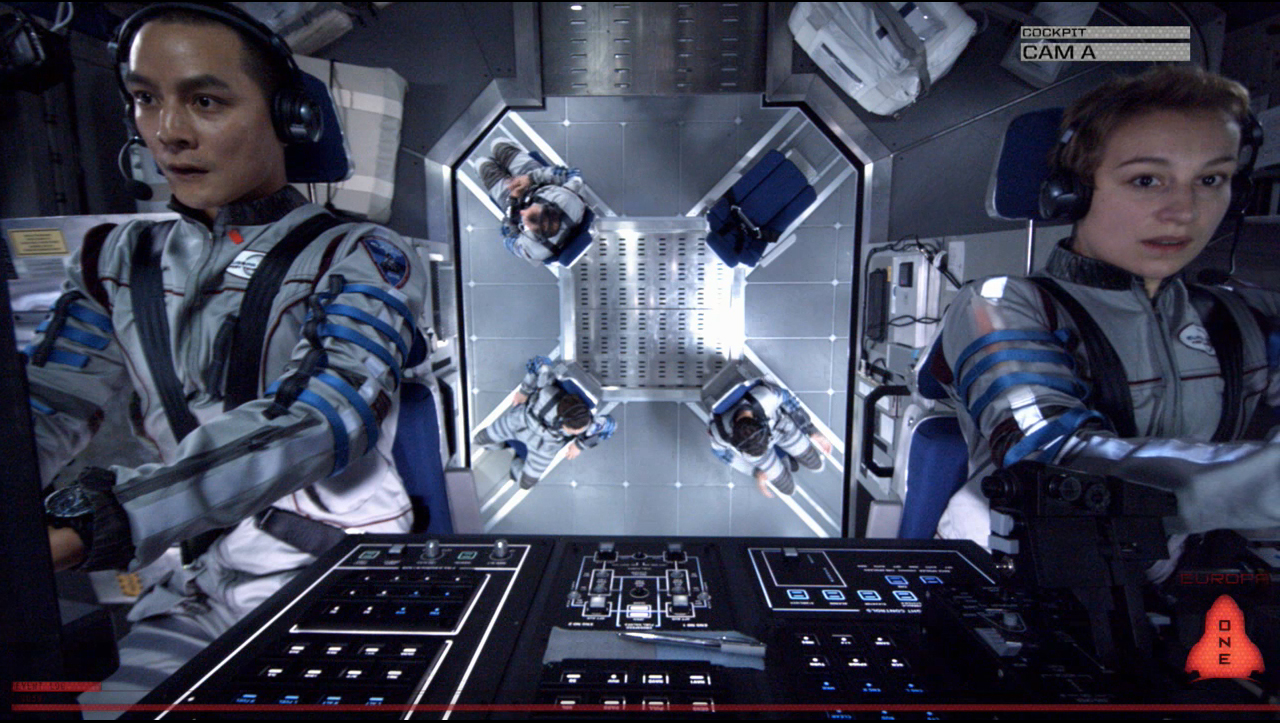 This indie flick didn’t get much attention, but it was very well-made and features something many science fiction films don’t in recent years—actual exploration. The music reflects this approach it featured a score by my favorite modern composer, Bear McCreary of Battlestar Galactica fame. One of his strengths is creating memorable and original melodies. Europa Report is no exception.

Top Tracks: Listen to “Theme for Solo Piano” to get a true sense of the depth, sadness, and adventure inherent to this film and soundtrack. 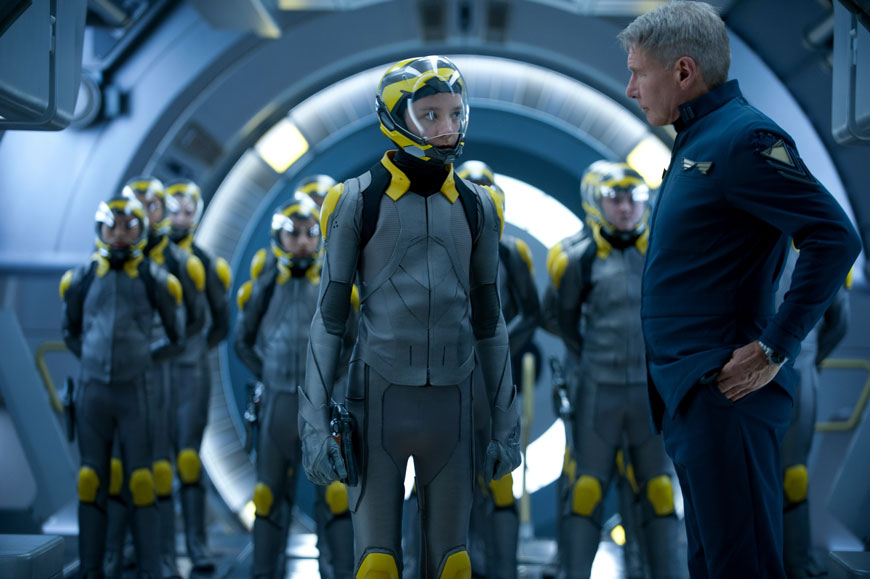 Again, I have my own mind when it comes to where I find quality. Just because a film flopped or wasn’t popular, doesn’t mean it’s without good points. I really enjoyed Ender’s Game. In fact it is one of the recent science-fiction films I liked the most. The acting was solid, the set and costume designs were fantastic. Asa Butterfield’s portrayal of Ender Wiggin was fantastic. However, the most exciting aspect to me when watching the film was its scope by Steve Jablonsky. I would suggest kicking back with headphones and enjoying the whole thing!

It just so happens that Tom Cruise starred in two of my favorite sci-fi films in recent years. Edge of Tomorrow and Oblivion. The latter featured music that felt almost like a sequel or continuation of the music featured in Tron: Legacy. Perhaps it was the fact that both films were directed by the very talented Joseph Kosinski. Composed by M83’s Anthony Gonzalez and Joseph Trapanese, Oblivion showcases sweeping emotional themes and pulsing action sequences. 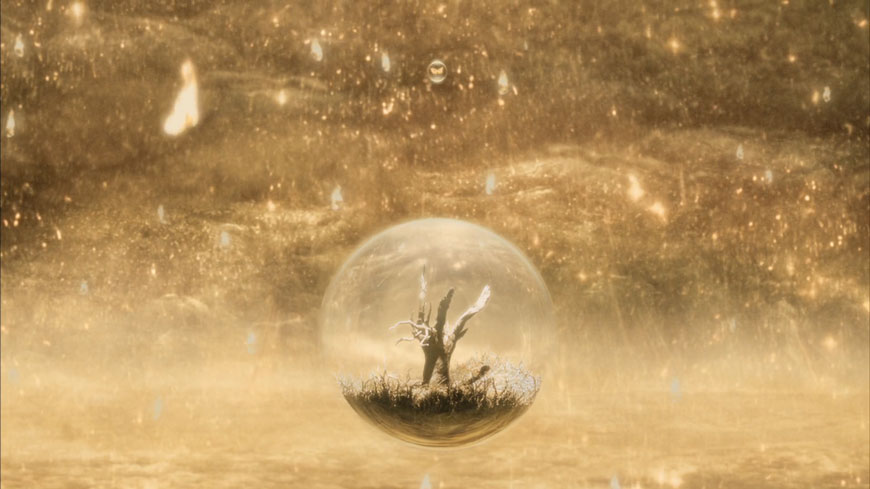 The Fountain is probably my all-time favorite film. An ambitious project from director Darren Aronofsky featured a soundtrack from another of the best modern composers around, Clint Mansell. This film juxtaposes three timelines, each 500 years apart, in a seamless and compelling narrative. It’s the deep, sweeping and colorful music that unifies it all. Again, its worth clearing some time and giving this entire soundtrack a chance.

The Last Man · The Fountain soundtrack